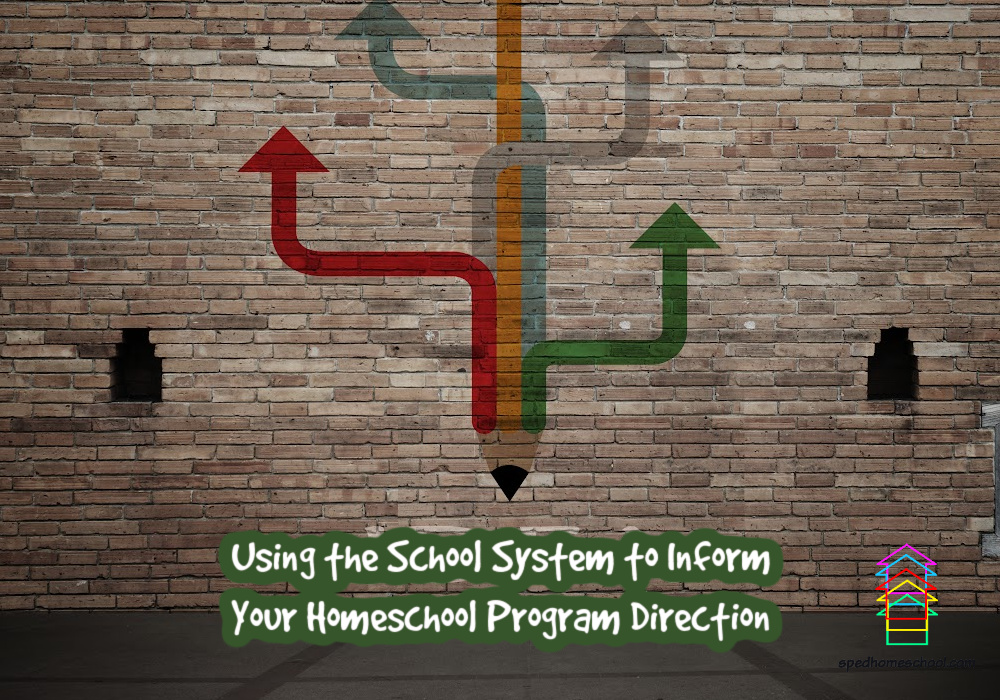 In early 2017, my eight-year-old was hit directly in the eye with a Frisbee. He could see the Frisbee leave his friend’s hand, yet did not know that it was about to give him a swollen black-and-blue eye. This occurred around the same time that he asked me, “Mom, how do you read when the words are moving on the page?” As an occupational therapist, a specialist working with people to succeed in what they specifically want and need to do, I recognized that he clearly wasn’t able to be successful in his educational or social goals. It was time to seek help.

As homeschoolers, our children’s education is individual. We can change the pace of study to fit the needs of our family; we have curriculum options that can be purchased or altered to fit needs; and we can adjust the environment for the best time and place to reach our children. However, building a team of people to work with us and our children can be beneficial. Sometimes we can build a team, which includes doctors and therapists, with a prescription from our pediatrician, yet when our child’s struggles are specifically affecting educational performance, an IEP can be warranted. In our case, I needed more specific information to further adjust our day and be his best teacher. We contacted our public school system and formally requested educational testing.

After three full days of testing with an educational psychologist and school based occupational therapist, the diagnosis written on our son’s IEP was “reading delay, unspecified”. On a basic level, this meant that he was having difficulties and was behind the norms of his peers, although they identified no specific reason. The school outlined the need for testing accommodations, offered the option to dual enroll (homeschool while using public school services) for the Wilson Reading System instruction, and recommended OT one time per month. For us, the testing accommodations—a person reading standardized test questions to him—was the most important part. In order to receive accommodations for college entry exams, like the SAT or ACT, required proof of the accommodation need. Going through this process allowed us to document his need as early as second grade.

In our son’s case, we declined the other opportunities because: The Wilson reading program is an Orton-Gillingham approach to reading that we felt we could provide with All About Spelling and All About Reading. I based this decision on my expertise in my child; many other families have chosen the Wilson reading program within the school system and thrived. In addition, now that we had the standardized test results and my being an occupational therapist and his mother, I could use the results to develop a program for his motor skills within my home and to build his own personal outside team—a vision therapist and hockey coach. Again, this was based on my expertise in my child and on his desired occupations.

My son took part in primitive reflex integration at home and vision therapy through a private practice. While we were completing these therapies, we used only narration and my reading aloud at home, as well as focused on spelling rather than reading. He needed time to focus specifically on the underlying skills of visual scanning and convergence without the added pressure of recognizing and interpreting the written word. We carried over his vision therapy specific exercises and also set up our day to build on visual-motor skills. For example, we 1) spent a lot of time on nature hikes where I would identify something to find and he would scan the location to find the specific tree, leaf, or animal 2) set up his closet so his shirts were all hung up and he would scan left to right to locate his favorite shirt 3) make grocery store visits our weekly date where he would scan the shelves for the specific item I requested 4) track hockey pucks from a distance to close up.

Now, four years later, my son will return to the public school to retest for an IEP. He is reading large print books with glasses, yet no longer requires glasses for his everyday activities. He recently made an advanced hockey team and has no difficulty following that tiny black puck at high speeds across the ice. Most importantly, his love of nature increased and his engagement in learning never suffered.

Using the school system for specific information to inform our homeschool program helped us to build the right team to support my son in what he needed and wanted to do. If you need insight from an occupational therapist on your next steps or on how to incorporate strategies throughout your day, please contact Homeschool OT for a consultation. 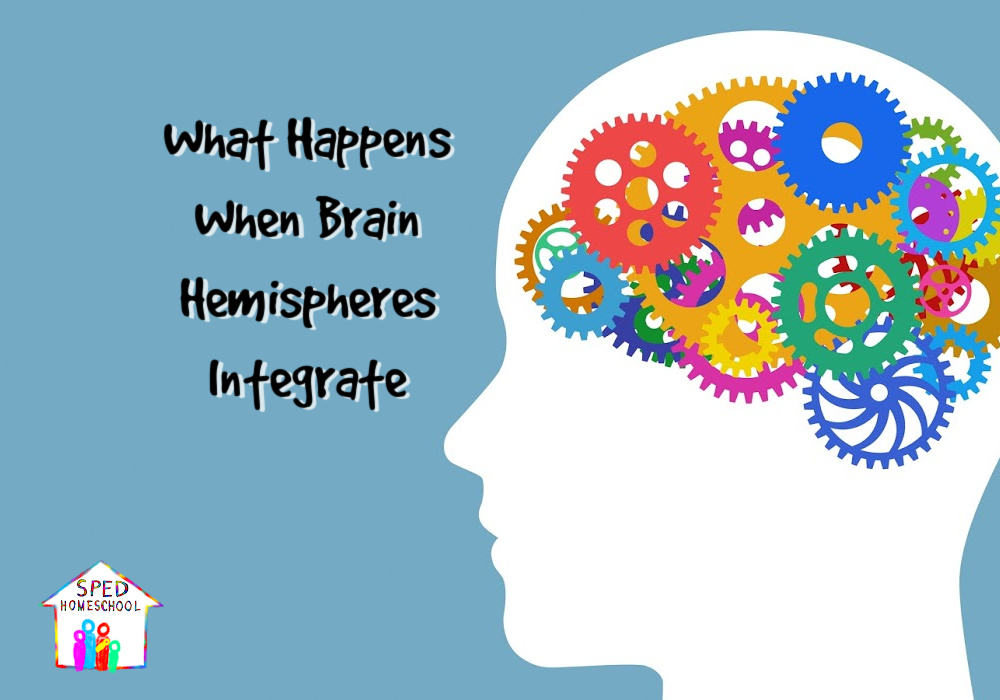 April is Autism Awareness Month and we here at SPED Homeschool understand how autism can affect learning and the education process. SPED Homeschool Founder and CEO, Peggy Ployhar, started their family’s homeschooling journey after their son’s autism diagnosis 19 years ago. We hope that our resources will empower your homeschool and your student will reach his/her full potential.

I remember the day well. Bright blue eyes gazed into mine on that very first day of school. Her curly blonde pigtails bounced as she played by herself on the monkey bars at recess. During the day, we played get-to-know-you games and used manipulatives such as blocks and alphabet letters to enter the world of learning for the newly-established writing workshop class. Then, the tears and awkward mannerisms started. Just a few minutes later, this sweet child was curled in the fetal position in the reading center of the classroom. We soon became familiar with the word to describe what we saw – autism. Autism is a spectrum disorder. It is also the most extreme on the continuum of disorders that we call Functional Disconnection Syndrome (FDS). This was the beginning of our story.

Autistic kids can appear healthy but often act abnormally. They may stare into space for hours, become fixated on a spot on the floor, act out or throw tantrums. Each one is different. I wanted to get to the bottom of this problem, and that is when I found the importance of brain balance and primitive reflex integration methods.

What happens when the left brain becomes more dominant? The right brain falls behind. What can be done to balance the left and right brain? Brain Hemispheric Integration is simple stimulation exercises – the process of finding the underactive areas of the brain, exercising those areas, and then bringing about more connections. When this happens, they do not cross-communicate well. We want to strengthen the weak side and bring about higher functions of the brain. Through stimuli taken in through the senses, the brain develops and builds connections between the neurons. The brain uses stimuli from all of the senses to create what it knows, does, and it learns and adjusts according to successes and failures. The brain is very adaptive. The brain begins to control the body, learn, remember and recall.

We learned five senses in school, but not  proprioception, which helps us know where we are in space, or the vestibular sense, which helps sense rotation and movement against the gravitational pull. These extra senses are very important in brain development, and especially in kids who have suffered from a developmental issue like Autism.

In less than a year, a baby learns what food is, what foods it likes or does not, and then approaches or moves away from food. If the baby wants food, he will have to move in a direction to move towards the food, then take the food and finger clasp, then put it in the mouth, and repeat. There are a lot of things involved in this seemingly simple process.

Babies also learn emotion at a young age through senses. They learn language and language sounds connect to symbols in different orders so that something can be said. What does this mean? Some neurons did not develop at the normal rate. or some developed a bit smaller or quicker than needed. This is one reason milestone checks are very important.

Hemisphere exercises stimulate the side of the brain that is underactive, and that is exactly what we began to do with our little learner. We incorporated brain exercises and primitive reflex exercises to help our sweet girl get her brilliant brain back into sync. Typically, it takes about six weeks to integrate all of the primitive reflexes.

These exercises can help start the process of balancing the brain so that your child can overcome developmental delays. Parents can also do these exercises since as many as 40% may also have retained primitive reflexes. Rest assured that this initial step in remediation is easy and does not take long. From here, we want to balance both sides of the brain. Generally, autistic kids have a heavier RIGHT side of the brain than the left. We started doing brain exercises and primitive reflex exercises with our little girl.

Our struggling learner with autism is now finishing up her eighth-grade year and we continue sessions together to make sure we are exercising the needed areas. She is making exceptional grades in all academic areas, taking coding classes, presenting before her classmates with ease, and tutoring on the side. She has friendships she may not have had due to her increased social skills and understands where she is in space, hence integrating all of the reflexes and spatial awareness. When recently asked her career path choice upon enrolling for classes for her freshman year, she confidently exclaimed she wants to enter the field of education.

Interested in learning more on this and other autism related research? Use this link to receive research updates from Dr. Rebecka