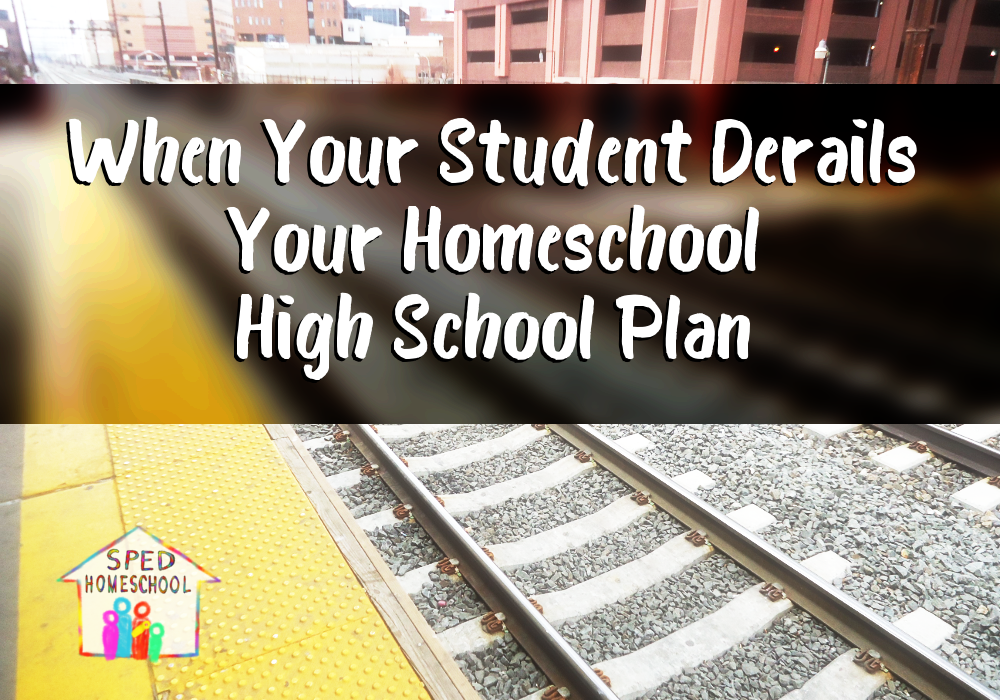 Two years ago, my 16-year-old son with Dyslexia approached me and said that he didn’t want to do school anymore. We had had this conversation many times before, but this time he made it very clear to me he did not intend to ever attend college or any school which would require him to have college prep classes on his transcript. He was done with studying things he didn’t want to learn.

After realizing where this same conversation had taken us in the past, and how many times I had not handled it well, I decided this time I would hear him out and then take the situation to God for His direction. After much prayer and taking time to listen to what God was doing through this struggle, I was led to the following revelations:

Revelation #1 – Maxed Out
The first realization God led me to was that I had pushed this young man to the end of where I was capable of leading him and teaching him for his future purposes. God had this situation under control more than I did and I needed to let go and trust that wherever this next phase would take my son, it would be okay.

Revelation #2 – Not My Future
The second thing God impressed upon me was that He didn’t need my plans to interfere with the plans that He was working out in my son’s heart and mind. The fact that I knew what my son’s gifts were and would love for others to see how gifted and talented he was in those areas, didn’t mean I had any right to try to push him into situations that he didn’t feel led to enter.

Revelation #3 – God’s Permanent Child, My Temporary Assignment
The final reminder God revealed to me was that although I love my son greatly, He loves Him even more. As parents, we are given the privilege of shepherding our children, but we should never think that they are our possessions. It was my assignment to do what I had been able to do, and trust God would work out all His purposes for the bigger plans He had for my son’s life.

After taking all these new revelations, as well as many conditions and issues we needed to work through together, I met with my son, so we could determine our next step. First, I was careful to explain to him that my willingness to change direction wasn’t me giving up on him. Next, we discussed what legal obligations needed to be followed to ensure he was meeting the required state homeschooling laws. Third, I made it clear that he would need to pay me back for the cost of the expensive writing curriculum he had chosen not to use. Finally, I gave him a deadline for developing his class list in which he needed to note how all the required subjects in our state were going to be met through the classes he chose.

Renewed Enthusiasm
In the weeks following our conversation while the curriculum went out the window and my son took control of his own learning; his spirits began lifting. And although he still didn’t get up at the crack of dawn, he wasn’t hibernating in his room to avoid the class work I had for him. He started working on projects, learning new skills, and creating collaborative projects with friends. He wrote and produced podcasts, learned video editing and movie recoloring. He started writing for the joy of it and developing stories. And, he figured out ways to help me grade him on his progress. He once again was enjoying learning and life.

An Unfolding Plan
I had no idea where this unconventional plan would take my son once he graduated, but I continued to trust God did. After graduation, this past spring, my son decided to take a gap year at home while he looked for work and other opportunities he could pursue to develop skills in his areas of interest.

So far, this year, he has taught himself how to play guitar and mentored his younger sister as she works on writing a graphic novel. He’s also continuing to write and work through the logistics to direct and film some short movies he has already written scripts for. But, the most profound way God has made it very clear to me that I was helping this young man follow His will is that my son has been a critical member of the SPED Homeschool team through the work he has been able to do as our nonprofit’s Social Media Specialist and Video Production Manager. Had I pushed back on this derailment two years ago, my son would not have developed the skills he needed to do these jobs but which God had already planned to come about.

How About Your Child?

Maybe in reading this article, or even before, you have come to the realization that your teen has hit the end of the road on your high school plan. Maybe he/she has become lethargic about school or is pressing back on you so much that you just don’t feel like you have the energy to fight anymore. My advice for you is to take the issue to the Lord in prayer. My approach may be the one you should take, but then again it may not. I know from experience it would have been the wrong path if I had chosen to take this approach with my oldest son, because even though he had been adamant about not wanting to attend college, that’s where God eventually led him…and thankfully he had taken all the college prep classes he needed while being homeschooled.

I want to encourage you also to talk through your homeschooling struggles with a friend or mentor who can be your sounding board of truth and wisdom. If you don’t have a person like that in your life, I would invite you to start a conversation with someone you know as well as join your regional SPED Strong Tribe or the SPED Homeschool Facebook Support Group, where you can be part of a community who understands your struggles and desires to come alongside you and help you navigate the road ahead in homeschooling your student with special educational needs.