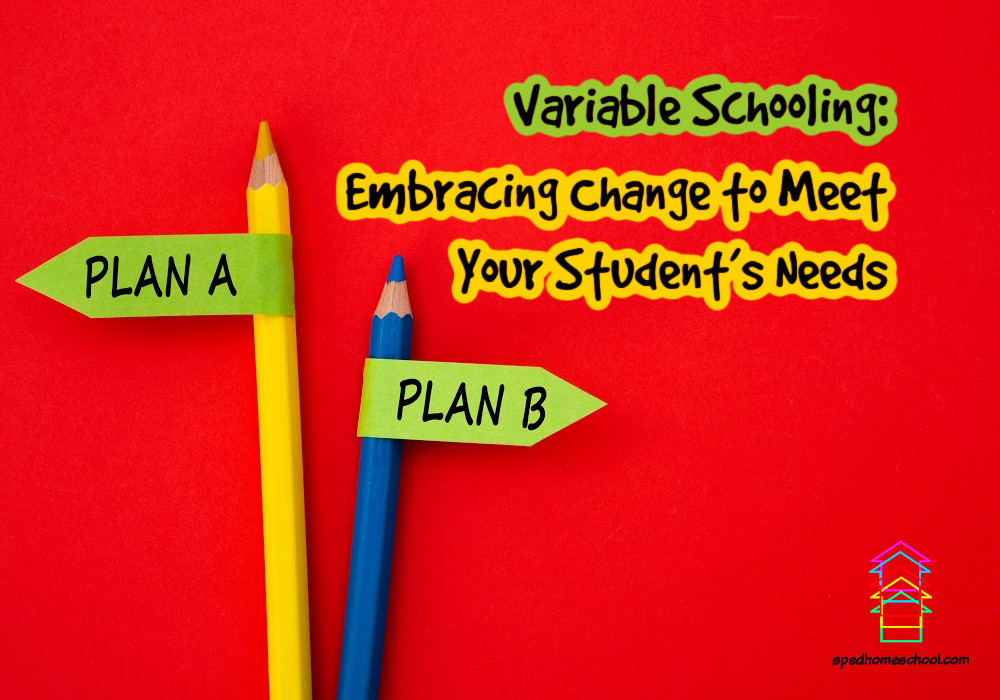 Like many of you, I am just a mom who did what I had to do so that my son could get the best education, so I am honored to write about our homeschooling journey. My son, Jackson, was diagnosed with Level 1 Autism just after his third birthday. It shocks some parents when they receive this diagnosis for their child. But I had nightmares that my son would not be diagnosed and I would not have the support he needed. His behaviors and the amount of catching up that I felt like he had to do in speech, independent living skills, and development completely overwhelmed me.

Soon after we received Jackson’s diagnosis, we placed him into an Early Intervention Preschool. We could also take Jackson to speech therapy and occupational therapy. These were lifesaving to me. I needed breaks. I needed help to understand my son and how to manage his meltdowns. I learned so many things during this time. Had you asked me then, I would have told you that there was NO WAY I could homeschool my son.

Since Jackson had a late birthday, he attended preschool for two more years. In his final year, we placed him part-time in a Head-Start program to get used to a regular classroom full of children and part-time in his early intervention preschool again. It was a big growing year for us. We discovered Jackson was VERY social with his peers at school. We were told he enjoyed throwing sticks for his friends to play “fetch”! His early intervention teacher said that he was doing fantastic in her class and she would rely on him to answer questions for her! This was something we couldn’t have imagined possible just one year before. But we also learned from his Head-Start teachers that if there was an activity that he didn’t want to do, they would not force him to do it. So my son hardly came home with any artwork because the teachers did not want to trigger a meltdown.

As Pre-K was coming to a close, we started looking at our options for Kindergarten. Jackson’s intervention teacher was confident that he would transition to a mainstream classroom with no problems. But we also heard that most Kindergarten teachers expect multiple sentences and even paragraphs of handwriting by the second semester! We were shocked! One of Jackson’s biggest struggles is his fine motor skills. His occupational therapist had been consistently working with him to develop those muscles, but his handwriting still needed a lot of work. My husband and I became increasingly concerned that Jackson would easily fall behind without a person able to MAKE him do the tasks he was unwilling to do, like handwriting.

So I had a decision to make: I could spend time after school with Jackson to practice his handwriting, which would undoubtedly incur more stress and tantrums because he needed that time to wind down; OR, should I teach Jackson myself. By this time, Jackson had a breakthrough with his speech therapy and wasn’t really needing it anymore. He became pretty capable of communicating his needs to us. We also understood his behaviors a lot better and had tools ready to help prevent or manage meltdowns.

HOMESCHOOLING IT IS! In the beginning, it was a very daunting task. My mother homeschooled my three siblings and me, so I was partial to familiar curriculums. Nowadays, there are so many curriculum options. What would happen if I chose the wrong one? Would Jackson connect with and understand the material I chose? I prayed a lot. I chose curriculums with the most hands-on material possible.

In the beginning, Jackson struggled with the fact that I was the teacher and not Mrs. Miller (his previous teacher). Many times he told me, “You are not the teacher! You are mommy!”. But we kept pressing through. Getting started in a subject was a challenge but once he got into it, he was fine. Our biggest struggle was – you guessed it – handwriting. The curriculum that I was using relied heavily on tracing and practicing. This was frustrating for Jackson. He hated it. Even with using a golf ball on his pencil to help his grasp as his therapist had suggested, he still demanded me to help him write the letters hand over hand almost the entire time. By the time we were about a quarter of the way through the year, I had another decision to make: should I stick with this curriculum or try something different? I had heard many good things about Handwriting Without Tears and noticed it was very popular on the Facebook Homeschool sale groups. So I stepped out of my comfort zone and gave this new curriculum a try. Aside from homeschooling Jackson, changing the handwriting curriculum was one of the best decisions I have ever made. Instead of fighting me to repeat a letter on a page, Jackson demands to WRITE the letter before I can give him the full demonstration! He loves the songs, using the blocks and the chalkboards. And it has made a vast difference with his confidence and the clarity of his handwriting!

For those of you that are trying to make that first step to homeschool your special needs child, my advice is to trust your gut. Everyone will tell you their opinions. Jackson’s EI teacher and his psychologist assured me he would do perfectly fine in public school. That may have been true. But as Jackson’s mother, it still didn’t sit right with me. There are so many resources and supports out there now that you do not have to start this journey alone. And it could very well be one of the best decisions of your life.

Support the on-going work of