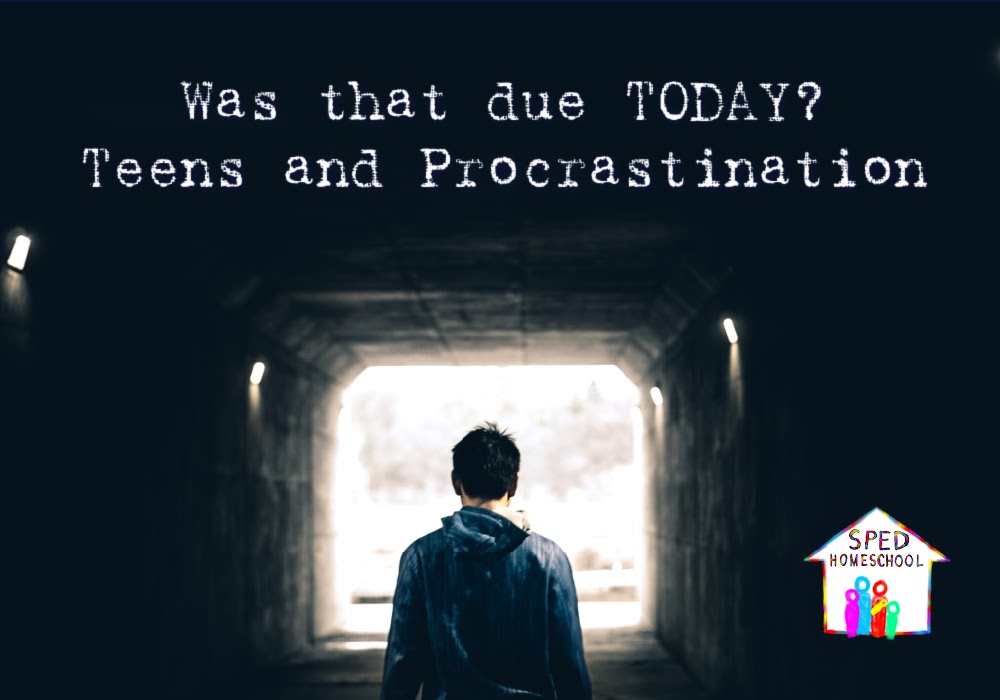 In working with teenagers for many years, I have learned that if there is ONE thing that teenagers understand well, it’s PROCRASTINATION. Not to say that adults are not guilty of the same, but teenagers are quite adept at it.

The Blatant Procrastinator purposefully ignores an assignment or task and is aware of the consequences. They are not concerned that something is due the next day or that there is even a deadline involved. It may be important to someone else, but not to them. They simply let the deadline pass and move on, much to the displeasure of their parents who may not even know.

Blatant procrastinators would rather do something they want to do and don’t see it as procrastination. This may be the teen who has a messy room, refuses to use a calendar or planner, and has a list of excuses for everything. Why bother to clean your room when it will just get messy again? Planners are too restrictive! These teenagers are also the ones who spend countless hours gaming or on social media.

The Passive Procrastinator waits until the last minute to finish so it does not seem to be a big problem. They are aware of deadlines and may even track things in a planner, app, or notes on their cell phone. They have good intentions of following through, but they just cannot accomplish tasks on-time consistently. They know where they want to be, but struggle to manage their time.

Passives may believe they have finished, but in reality, it is only partially done and they don’t notice until it is too late. These teens are usually the ones with ADHD and who are aware of their learning differences, but they are not using the necessary tools to focus and manage their time. Passive procrastinators know the consequences of not getting something done on time. They are often the most amenable to trying new strategies to help prevent procrastination, though.

“If we can determine what is getting in the way of their success and help them get unstuck, then they are more motivated to cultivate new habits for their success.“

The Convicted Procrastinator has a heightened awareness that they are procrastinating but, instead of working toward their goal, they quickly become overwhelmed and spiral into thoughts of self-criticism, defeat, and guilt. They are so hard on themselves that they self-sabotage and end up not getting anything done. Or, they are so overwhelmed about their lack of activity, there is often a resultant headache, stomach ache, or even a migraine. When this happens, they feel even worse, and it becomes a vicious cycle.

I would also like to mention a fourth type of procrastinator that I know well as I witnessed this type in my teen. They are a kindred spirit to the Passive but to a more extreme level. It is the Avoidant Procrastinator. This is the teen who thinks that if they don’t think about it at all, it will go away. I had one of those in my house. It does not go away. It only gets worse and can cause great anxiety and stress.  Please be aware of the signs that your teen may suffer from more than just being a procrastinator.

So what should a parent do? Each procrastinator has his or her own set of rules, coping skills, excuses, and struggles. The first thing I do when I work with young people is to let them know that I come from a place of curiosity, not a place of judgment. We dive deep to determine what they want for themselves, how they want to be seen and heard, what is important to them, and their “why”. If we can determine what is getting in the way of their success and help them get unstuck, then they are more motivated to cultivate new habits for their success. This takes time, patience, and intentional listening.

The teen years are transitional years of becoming more independent yet still needing the approval and counsel of parents. When you have a procrastinator in your home, instead of asking nagging questions or given them endless reminders, seek out resources to get them the support they need that works uniquely for them. This may take some trial and error, but in the end, they will find their way, and will feel empowered and in control of their lives now, and hope for the future.