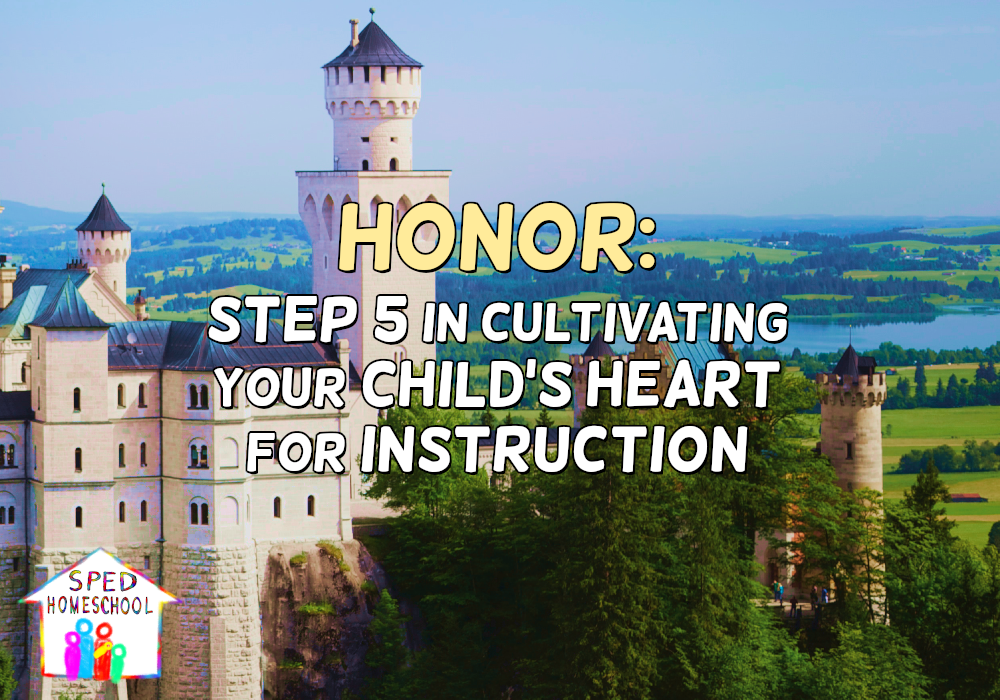 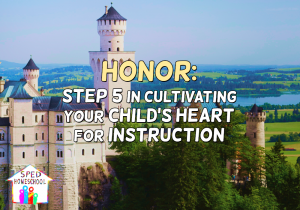 In restoring relationships with my children after the healing process began with my parenting anger issues, the primary focus of my actions concentrated on being worthy of their honor. Asking their forgiveness was only the first step in this process. The rest of the wide divide my anger had created between myself and my children required more than lip-service, it required action. And, my actions needed to show my heart was changing and willing to take responsibility for the effects of my post-anger aftermath.

An Act of Kindness
How did I do that? Well, it started slowly, but began with a new something in our house called a “re-honor job.” I took it upon myself to be the first to take on these “jobs.” Through them, I demonstrated these jobs were a means for restoring broken relationships. And having done more than my fair share of destruction, due to my parenting anger episodes, I realized it was up to me to start the restoration process.

Every time I did something to dishonor a child, I followed up with asking forgiveness and doing a “re-honor job,” a physical act of kindness. This physical act worked as a bridge to start spanning the gulf created by the many years of inappropriate actions taken towards my children. As I learned to let go of my anger and harness it properly, as well as use these “re-honor jobs” to start repairing relationships, I also started incorporating these “jobs” in my child training, to ensure even the smallest relational fractures were repaired within our home.

An Example
I will provide you with a scenario to illustrate how these “jobs” worked into our family life and child training. The following scenario played itself out many times in our early years of homeschooling. In general, this is how it went:

Boys will be boys.  If you have boys, more than likely they fight as much as mine did. It really didn’t matter what the fight was about, but one would say or do something to get the other riled, and a fight would ensue.

My general policy was not to get involved in my children’s fights. But, when the outcome was not being worked out on their own accord (or there was the potential of blood being drawn), I stepped in.  Usually, my intrusion was only long enough to bring them into the kitchen, assign them each a chair, and remind them not to leave their chairs until they’d forgiven one another.

Sometimes they followed (even begrudgingly was fine with me), but if not, they knew I would bring it up later, so often my wishes were followed without complaint. Once in the kitchen, and after making sure they were settled, I would give them my reminder and take my leave. Now, I didn’t go very far…just another room where I was within ear-shot, but out of their line-of-sight.

Now, I must point out that, if a child got out of his chair during the process of working out his differences with his brother, he knew this was an issue he would have to take up with me afterward, which I will explain in just a moment.

At the point peace was declared and I was beckoned into the kitchen, if one or both had not followed me to the kitchen without a fight or if anyone had gotten up from their assigned chair before receiving permission to leave, I would ask that child(ren) if they were also willing to ask my forgiveness for their disobedience towards me. Additionally, if I had lost my cool during any point of the process, I made sure to also ask forgiveness.

After forgiveness was given at the kitchen level, we took it to a higher house and prayed together asking God to forgive and restore. And then we did “re-honor jobs.”

An Opportunity
These jobs were to be physical manifestations of our desire to restore the relationships our actions had damaged. Often the boys would do a small chore or clean up something for their brother. On the other hand, if the re-honor job was directed at me, they would usually do something I normally did around the house. And, if I was re-honoring a child(ren) then I did a chore(s) to restore the honor I had compromised with my son(s).

What our family learned through these exercises over the years was it has never become easy to re-honor someone. Saying “Sorry” or “Please forgive me” can become meaningless words, but physically honoring another person requires us to bow our lives during each act of kindness to serve that person and elevate them above ourselves. And, with that bow, healing and restoration happen and the sin which compromised that relationship is snuffed out by love.

When we honor another person, we put ourselves into a submissive position which says, “I have chosen to place you ahead of my own desires and will.”

An Established Pattern
Honor is a tricky thing in relationships – it needs to be earned, but it also needs to be maintained. I pray that if you are in the process of healing the relationships in your family because of your own struggles with parenting anger that you work to re-establish honor starting with yourself and then work the concept into your child training process.

Honor truly is a key element to cultivating your child’s heart for instruction and it comes through living out forgiveness by purposefully building in acts of kindness, or “re-honoring jobs”, into your training.