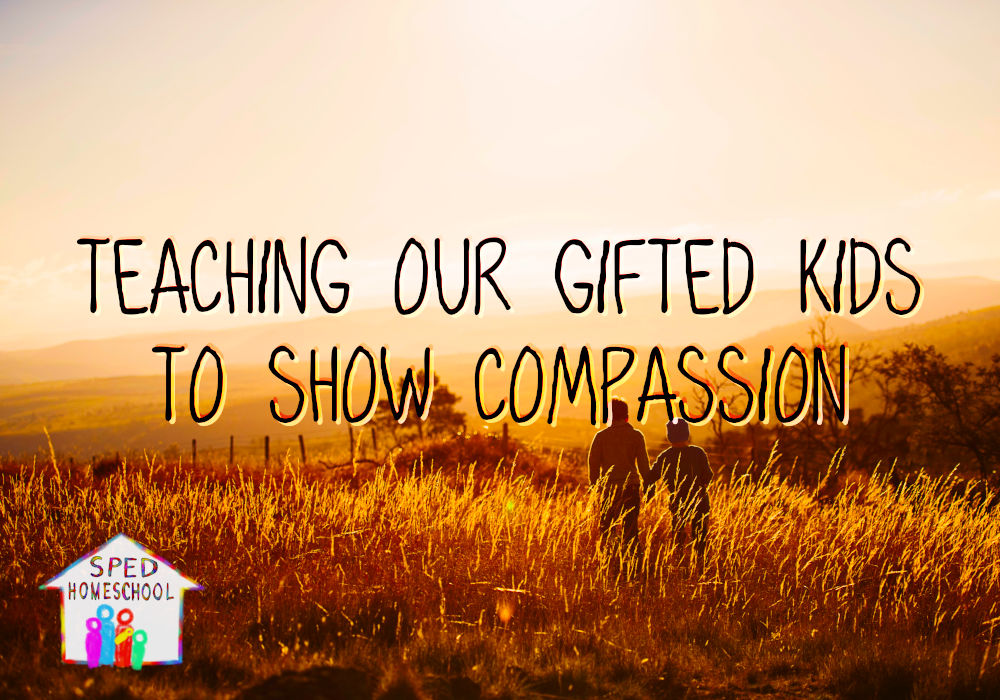 Our gifted kids often keep us on our toes with how quickly they absorb and apply information. However, it can also be very difficult for them to pick up on some things, such as understanding how to show compassion to others.

This usually isn’t because they lack these qualities. Rather, it is because like everything else, they simply see them differently.

Gifted kids tend to be incredibly perceptive, so they really do see when others are in need of a compassionate touch or an encouraging word. Honestly, they probably see it before many of the rest of us do.

However, they also tend to be perfectionists and to hold themselves to a very high level.

I have found while working with my son and other gifted children, that this usually skews how they show these traits. We can help them with this difference once we recognize the need.

Compassion in Gifted Kids and Teens
Because gifted kids tend to be intense and straight-forward, they are often seen as lacking compassion. Often, this couldn’t be further from the truth.

However, they will often show this trait in unexpected ways.

For instance, my profoundly gifted son found it difficult to “fit in” at church for several years, simply because he was on a completely different level emotionally and academically than other kids his age.

When they would complain about not getting the newest cell phone or having to finish a hard assignment, his reaction was often along the lines of, “Suck it up. It’s really not that bad.”

However, he also volunteered every week for over a year to be a one-on-one aide for a young autistic boy so that his parents could attend church. He made sure to have at least three identical “Lightning McQueen” toy cars with him every week, since this was the boy’s favorite toy.

He patiently allowed the boy to teach him the same level of “Angry Birds” every Sunday morning. Each week, he went through the exact same routine on the playset with his young charge while the rest of the class listened to the Bible story.

When the boy needed to walk up and down the halls, my son was right at his side.

When he hid under a chair during a meltdown, my son talked him down and convinced him to play again.

When paid staff and trained teachers tried to get him to take a break, his answer was “no.” Whenever this boy was at church, he would be available. When they asked him the reason, his answer was simple.

“As long as I’m around, he’ll never have to hear someone say, ‘I don’t have time for you.’”

Needless to say, his answer floored them, and they absorbed an unexpected lesson in compassion.

Compassion Comes in Different Forms
In our society, we are often told that we can show compassion by accepting others just as they are – faults and all. Unfortunately, this has brought us to a place where we are also told that we shouldn’t grow.

Gifted kids and teens can show us a different perspective.

Something that raising and working with gifted kids has taught me is that sometimes, prioritizing feelings above growth isn’t compassionate. Sometimes, it’s simply convenient. But is that what we’re really called to do?

Many gifted kids seem to hate to receive encouragement; this really isn’t the case, though, they just don’t like to receive easy encouragement. There are a lot of things that they can do well with very little effort – and if they haven’t put the effort in, the last thing they want to hear is that they did a ‘great job.’

When gifted children put a lot of effort into something and finally succeed, they will beam through every moment of encouragement they hear. They know they earned it, and they’re proud of what they’ve achieved.

When they work with others, gifted kids and teens tend to show compassion and encouragement with the same expectation.

This can be tricky for them to navigate, and it’s often where we can step in to help. Not by being “helicopter moms” or doing it for them, but by being an honest sounding board.

Gifted people know that they see things differently from the rest of us. That usually doesn’t come as much of a surprise to them. However, they don’t always understand how their behaviors or choices are perceived. Talking openly and honestly with them can help quite a bit.

Simply being willing to explain how others may view their actions can help our gifted kids and teens avoid the pitfalls of being seen as lacking compassion. That, in turn, can help them connect with and influence others in amazing ways.

Parenting and teaching kids who think on very different levels is by no means easy, but it is worth it in so many ways. Being there to “translate” how others perceive things is a necessary part of that!

What tips have you learned for helping gifted kids show compassion to others? Comment below – I would love to hear them! 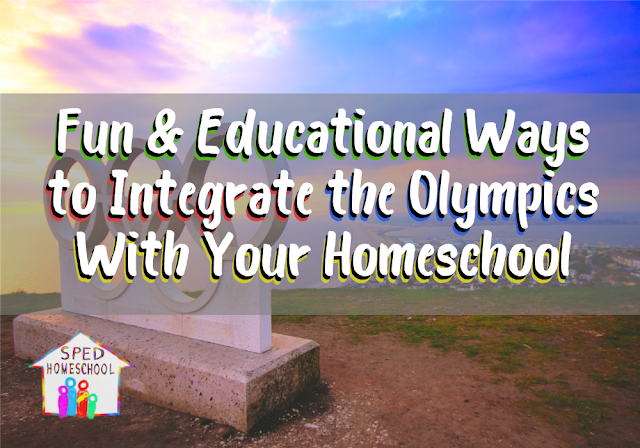 Are you looking for ways to incorporate the 2018 Winter Olympics into your daily homeschool schedule? Look no further. The ideas below can be used with kids of all cognitive levels and physical abilities. Plus, these activities will inspire the athlete in every member of your family, no matter how much of a couch potato they are.

Activities are separated into the following categories:

This list should keep your family busy with lots of learning and fun every day of the winter games. And while some of these activities are special-needs focused, others are included because they are easy to adapt to the needs of your children.

My hope and prayer is that these ideas will inspire you to make the Winter Olympics more than a spectator sport this go-round, and instead bring the enthusiasm into your home and into your learning environment.

The Physics of Ice Skating – Learn about friction, forces and Newton’s laws of motion and how they relate to ice skating


Make sure to also check out all the SPED Homeschool Pinterest boards for many more creative and inspiring ways to homeschool your student with special educational needs.