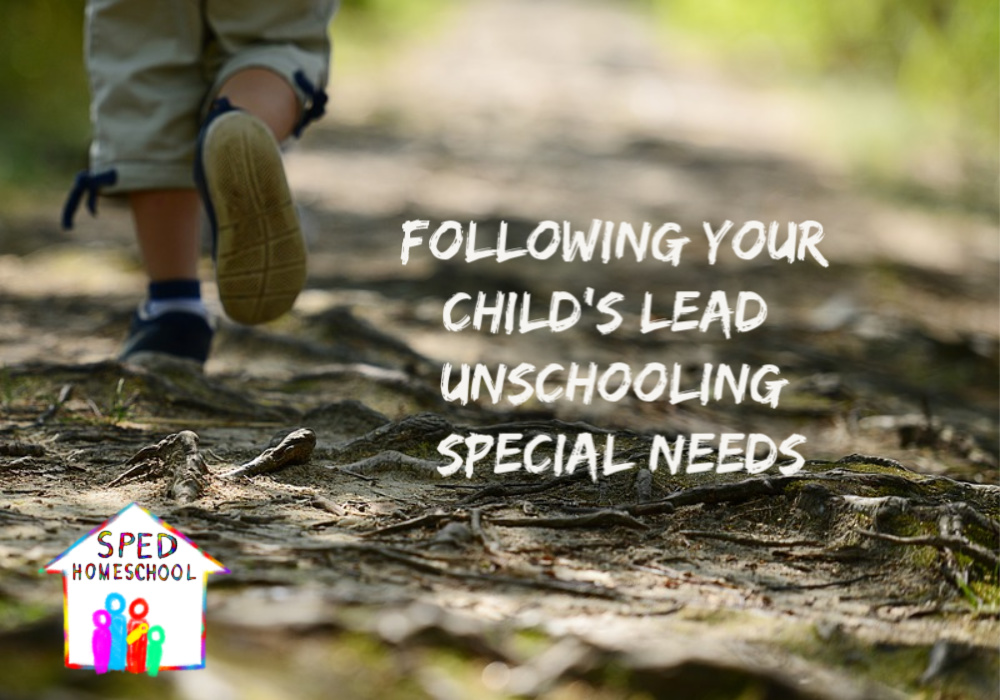 What was supposed to be a mid-semester break from our year-round charter school turned into a homeschool trial.  We were faced with a choice: file a Level 1 complaint and fight for accommodations that my child wouldn’t see for 6 months to a year, or homeschool.  I don’t remember much from those first three weeks. My husband and I did some google searches, downloaded some curricula samples that we thought might be a good fit, and then I started working with what we had and accumulating what we didn’t.

I’d really like to say that as a former educator and administrator that everything went according to the schedule that I had planned, but that simply wasn’t the case. Some things seemed way too easy; others way too hard. And sometimes it was both within the same curriculum!  When I asked an experienced SPED homeschooling mom for advice, she simply responded by telling me to follow my child’s lead. I wasn’t quite sure what “following my child’s lead” would mean. Where would his love for numbers and rock music take me? I didn’t have to wait long.

While jumping on the couch one evening, he said, “Mom, what’s your favorite Queen song?”

He said, “’Bohemian Rhapsody’ is from the album A Night at the Opera and was released in 1975.”

“I wasn’t quite sure what “following my child’s lead” would mean. Where would his love for numbers and rock music take me? I didn’t have to wait long.“

I realized that he had been studying the Greatest Hits Queen CD sleeve while we had been listening to it in the car.  Sure enough, he knew them all! On Thanksgiving day, he told us that this was the exact date that Freddy Mercury died.  His love for rock music had met his obsession with numbers. This was too easy, I remember thinking to myself. “When is Freddy Mercury’s birthday?” I asked. He had to find out.

Conversational skills were born when he started to ask people when their birthdays were, how old they were when Freddy Mercury died, etc. He must have seen a picture of Freddy Mercury driving a car because he started to ask people how old they were when they first drove a car. That led to some very interesting conversations as he discovered that some people started driving a tractor first or that they were quite young when they first got behind the wheel.

We did what I call “Freddy Mercury Math,” read Queen lyrics, and studied our family trees. Did you know that Roger Taylor (Queen’s drummer) has a son named Tiger Taylor who plays drums in The Darkness? (Neither did I.) And we talked about death.

The traditional educator in me still isn’t entirely convinced by the idea of unschooling.  But the mom in me says that we are going to be celebrating the Queen band members birthdays and writing their biographies this next school year.  I have a calendar filled with important dates that I don’t want to miss, and I’ve researched some reading and math curricula to help fill in some gaps.  It turns out that following my child’s lead isn’t going to be so difficult after all!